Parental Perspective: Legacy’s path to Florida began with an apology

Call it fate, destiny, or whatever you will, but if there was a prospect in the Class of 2023 who was truly meant to be a Florida Gator, Aidan Mizell fits that description perfectly. “My sister also ran for us, and so that’s how we met because the law school is actually right next to the track,” Ebony said. “So, during my afternoon breaks, I would go over and watch her practice and that’s how we met.”

About a year later was when the couple got together, Ebony said. The couple would marry and raise a family, eventually attending Gator games and track meets for their children in Gainesville. Their son Aidan would become a Gator fan through living those experiences.

“From the time we’ve watched since he was little, he’s always been a ‘we’ person when it came to the University of Florida,” Ebony said. “Every time he’s ever spoke of UF, it’s always been, ‘I can’t believe we’re doing this,’ or, ‘We did this.’ I feel like he’s seen himself as a Gator since he was a little kid.”

Now, over 20 years since they first met at Florida, two weekends ago Ebony and Wil made another trip up to Gainesville – this time to drop Aidan off as he begins his college football career as an early enrollee.

Nicknamed “Early” due to his initials being “AM” as well as his quickness to catch onto things, his dad explained, Aidan’s journey to Gainesville and recruitment to Florida did not start early by any means.

Despite being a son of two former UF athletes, a massive Gator fan growing up, and a star wide receiver at Boone High School, less than two hours away from Gainesville, Aidan was overlooked by the staff under Dan Mullen. “Disappointing” and “perplexing” were the two words used by Ebony and Wil to describe the lack of attention.

“Initially, we couldn’t be upset because he wasn’t on the radar at all. It wasn’t until he got his first power five offer that we even thought it was a possibility,” Ebony said. “We were very realistic about what his talents were and where he could take them… When he got that first power five offer, I think things changed, but it was still a while before we heard from UF.”

Wil shared this sentiment of being confused, but not necessarily being upset.

“I’ve grown up around athletics my whole life. When you see an athlete, you know that they’re an athlete. Doesn’t matter what discipline,” he explained. “I knew wherever ‘Early’ landed, he was going to show out, and he was going to excel because he’s a very dynamic athlete.”

And show out he did.

Even with those eye-popping stats and verified track speed he still wasn’t able to garner an offer from the previous staff.

With this, the Gator fan and son of two Gators would have to put his fandom away and realistically look at the options in front of him. That was until the university hired Billy Napier to replace Mullen in late November. From there, the cards began to fall for Aidan to go to his dream school.

“Coach Holloway was just really surprised nobody looked at him, especially with the numbers he had put up,” Wil said. “[Holloway] said that it was a known thing that the staff didn’t recruit during the season, and Coach Holloway, he’s a world-class coach. He’s like, ‘I coached in the Olympics. I recruit every day. There is no offseason for recruiting.’”

A conversation between Holloway and Napier, as well as Aidan gaining traction in the recruiting world, put him on Florida’s radar. And their first conversation with the Gators’ new head coach started with an apology, according to Ebony.

“First let me apologize for being late to the game on this. We should have been on the ball, and we weren’t,” Napier told the family.

From there, the weight was lifted off the family’s shoulders and relief set in. Aidan would announce his official offer from Florida on March 17, 2022, and a visit shortly after solidified Florida as a top choice, according to Wil.

“Their whole approach to recruitment is different, just more very much more in tune with what they’re looking for knowing exactly what they want when they see it,” Wil said about Napier’s recruiting. “All of that played a big role in just being glad that they got the right guy for the job, honestly.”

Not only were they blown away with Napier’s honesty and the organization of the program, the latter Ebony said she heard was an issue with the previous staff, but they were also impressed with the facility’s planned overhaul and the changes made to the off-field life of the players.

“At the time, and at least prior to that visit, what Florida had to offer did not compare to the other schools,” Ebony said. “In all honesty, one of the first things I said to Coach Napier was, ‘Regardless of whether or not my son comes here or not, I’m a Gator through and through, and y’all need to get this thing together.’”

“’We’re obviously here for Aidan, but Florida is in dire need of a complete 180, and I’m hoping you’re going to be the person to do that,’” Ebony told Napier.

Wil said that he saw comparisons between the facilities at Florida under Napier and the facilities at Alabama under Nick Saban, one of Aidan’s top choices and one of Napier’s previous stops. He explained that Saban’s attention to detail can be found in Napier, which is why he thinks Napier will be successful in Gainesville.

“I don’t think if Coach Napier would have got the ball rolling on those facilities the way he did, not that that would have been a deal breaker, but it definitely would have had Tennessee and Alabama leaning a lot more towards ‘Early’ than Florida would have,” Wil explained.

A positive relationship, a plan for success and a plan for facility upgrades shift Florida to the front of Aidan’s recruitment. On July 29, Aidan pledged to his dream school with a live alligator in each arm.

The Heavener Football Training Center eventually opened on Aug. 14, well after Aidan announced his commitment to Florida. Ebony said it immediately caught the program up with schools like Alabama and Georgia.

“It’s a brand-new facility, and I can definitely say one of the best in the nation at this point,” Ebony said.

That attention to detail Napier has is reflected in the layout and organization of the facility, Wil said, which impressed him the most.

Now, the stress of going through the recruiting process is over and enters a new chapter in Mizell’s life. Aidan held his commitment to Florida by signing on Dec. 21. He moved into Stadium House, an apartment complex right on University Avenue across the street from campus on Jan. 8 with the help of his family.

As with everything else, the family noticed about the way Napier runs a program logistically, the move-in was smooth sailing, according to Wil.

“Coach Napier definitely has a blueprint for every facet of what’s going,” Wil said. “Whether that’s a group chat with the parents for the players, contact lists, liaisons for all different facets of what’s going on with these kids’ lives. Everything was very smooth.”

Aidan will room with defensive linemen Kamran James and Kelby Collins along with defensive backs Ja’Keem Jackson and Jordan Castell, leaving him as the only offensive player in the apartment.

“Kind of funny that the DBs and they got Aiden as the lone offensive guy in the dorm. But that was probably purposeful, too.” Wil said. “They’re purposeful on everything they’re doing.”

Wil also believes that purpose by the staff extends to the convenient location of the apartment as well as the daily schedule set for the athletes.

Ebony could not believe the amenities her son will have his freshman year, explaining that it’s completely different from her days of communal living in Sledd Hall, where she admitted sneaking a hot plate into her room to cook ramen noodles. Aidan and his teammates will have separate bedrooms and bathrooms, a kitchen and a washer and dryer at Stadium House.

Now that classes have begun and the team begins phase one of Napier’s offseason program, “Foundation,” Ebony and Wil have high hopes for their son and plenty of confidence in the staff he will be playing under.

Aidan has recovered from a knee injury that kept him out of his senior season and will be ready for spring practice, Ebony said. As his nickname indicates, “Early” will have a chance to earn some early playing time on the outside under Napier, who showed in 2022 that he isn’t afraid to play newcomers right away.

“I know that they believe that he could be effective sooner rather than later,” Ebony explained. “His goal right now is to learn the information and then the playbook as soon as he can absorb that information. So that he can be not only on the field but an effective player as soon as possible.”

Dropping her child off at his school did cause some sadness, Ebony said, but seeing her son begin to live out his dream of being a division-1 athlete at his dream school is well worth the sadness of leaving him in Gainesville.

“As sad and overwhelmed as I am about all of this,” Ebony explained, “my son, his goal was to be a D-1 athlete. He achieved that goal, but his dream was to play at the University of Florida, and I can’t not be happy for him.” 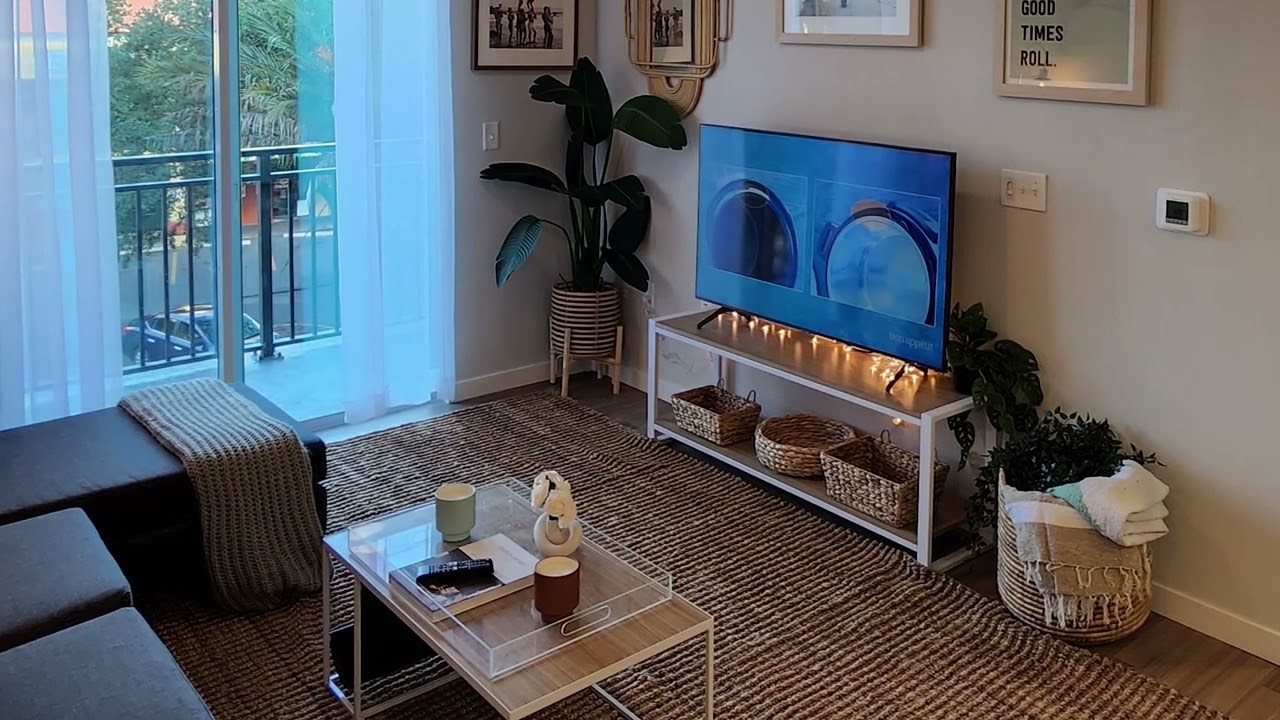