Napier: A little bit of a reality check

Florida head coach Billy Napier met with the media after the 31-24 loss to Vanderbilt – where he called the game a reality check. 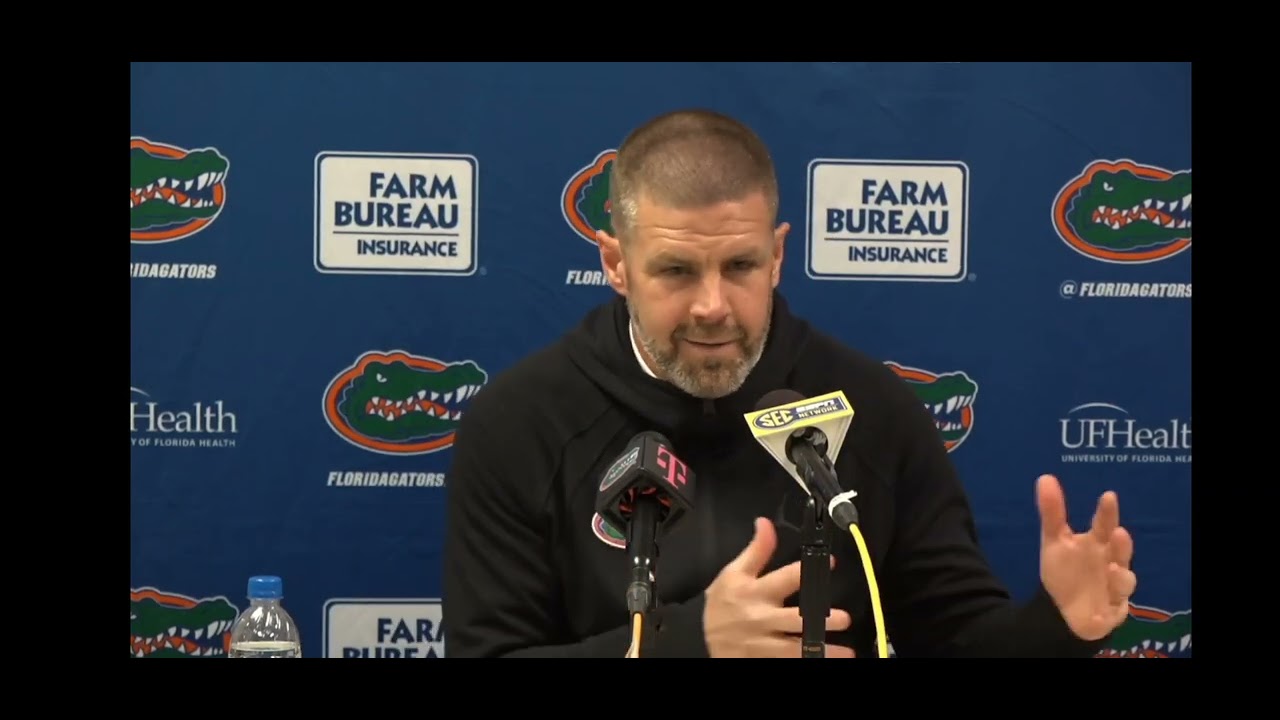 On what can be attributed to the penalties

“I think some of the penalties are technical, but I also think that we lost our composure at times today. I think we retaliated one time. We played a little bit beyond the whistle one time. But I do think there are some technical penalties there, that are bang-bang. Not necessarily undisciplined penalties, outside of those two that I mentioned. I think those are decision-making in the moment. They’re technical things that we can do better. But we’ll look at those and certainly evaluate them.”

On what Vanderbilt did defensively to thwart the run game

“I’ll be able to tell you more when we get to the film, but ultimately, they did a good job to fit the runs. They played inside-out. They forced us to throw it to the perimeter at times. They made Anthony hand the ball off at times. There were a lot of different things that contributed to that. But, I’ll be able to give you more information the next time I talk to you.”

“Yeah, we were without a few guys. I think Ricky [Pearsall] was pretty early. Marcus Burke was pretty early. We went into the game without a couple receivers. But, that has nothing to do with what happened today. A lot of those guys that played in the game played well at times. We did get a few guys banged up, obviously. We’ll give you more of an update on those guys later in the week.”

On the muffed punt that turned into a touchdown

“It’s a product of losing two players, and then you’ve got your third out there. Nobody wants to do their job for the team more than Jason Marshall. He made an in-game decision there that, he made a mistake in the game. Which, like a lot of players on our team, made mistakes. The great thing is, he responded as a competitor. He made a great play late in the game. But that was a technical decision there. We need to coach him better. That’s specifically something that we talked about going into the game there, that he could potentially have to run out there. But Jason will learn from that and he showed some resiliency today. Made a huge play in the game there at the end to create a turnover.”

On what the loss does to the team’s momentum

“Well, it’s a setback. There’s no question about it. Problems are often opportunities in disguise. I think it’s a little bit of a reality check to some degree, that we got to do these things. We got to take care of the ball. We got to eliminate the penalties. We have to rush the ball effectively. We exposed some of our depth issues. There’s lots of things that this can teach us. Ultimately, that’s what’s important here – that we learn from the experience. Again, I think our group is well-versed on what winning football looks like. We did not do what is required to win today.”

On whether this loss was especially difficult

On his holding penalty

“I really didn’t know they called it on me. It is what it is. Penalties like that, that we can get off the field on third down. We can’t keep making them.”

On losing Ventrell Miller after a targeting penalty

“We put [Derek] Wingo in the game and Wingo didn’t miss a beat out there. Ventrell was still on the sideline coaching. Still telling Wingo what to do, what [he] sees. Just not having him on the field, but
he was still in the mix.”

“Just that we know why we lost. That wasn’t our best ball. And that we have to put this aside tomorrow and come out next week to try to win the game…”

On losing receivers Ricky Pearsall and Marcus Burke to injury

“It’s definitely tough to lose those guys. Those guys know they want to play, know they want to contribute to the team. Try to execute for us and help us win. It’s part of football. Other guys have to step in and do their job. Have to take it with a grain of salt.”

On what Vanderbilt did to contain his running game

On how he felt he played today

“We lost, so I could have done a number of things better. Made some better reads, better checks for us. Or even been a better leader. Just got to work, that’s all.”

On what the offensive mindset was in the fourth quarter

“Just move the ball quick and execute. That was the game plan throughout the whole game. That was a big moment in the game, starting the fourth, so try to take advantage of that and execute.”