Lovett locked in with Florida with official visit up next

As the members of the Class of 2023 are set to begin taking official visits in June in order to help them decide where they will spend the next stage of their playing career, Rockledge (Fla.) three-star offensive lineman Bryce Lovett‍ will officially visit Florida after having already committed to the Gators.

Earlier this month the 6-foot-5, 330-pounder became the fifth member of Florida’s recruiting class while admitting that his commitment was a long time coming.

“It felt good,” Lovett said, “I’ve been committed since the spring game, so it felt good to just announce it.”

Lovett, who had been on campus multiple times, said that his decision to pull the trigger wasn’t planned beforehand.

“I went to the spring game not knowing I was going to commit,” he said, “I just got a feeling there and I started really thinking about it, like, there’s really no other place I’d want to go, so I just committed and pulled the trigger.”

He said he decided to wait to publicly announce his commitment on May 16 because it was his birthday. The Rockledge native said the community has shown “nothing but love.”

“Everybody was happy for me and giving their congratulations.”

Lovett will take an official visit to Florida this coming weekend. He said the goal is just to get more comfortable and build upon the preexisting relationships.

He said he will have the recruiting cap on with many other top prospects in the area. Lovett told Inside the Gators he specifically has his eyes on fellow offensive linemen Payton Kirkland and Roderick Kearney.

Lovett said three programs (Mizzou, Iowa State, and Louisville) are still actively recruiting him, but said he has no plans to go on any other official visits and will just “stick with Florida.”

For those looking to learn more about his game, Lovett said he would describe it as “aggressive and dominant.”

“I try to just embarrass people that are in front of me,” he said.

Lovett is the No. 779 ranked prospect in the nation according to the On3 Consensus.

You can check out the Inside the Gators’ countdown of his Top-10 plays on the ITG YouTube channel. 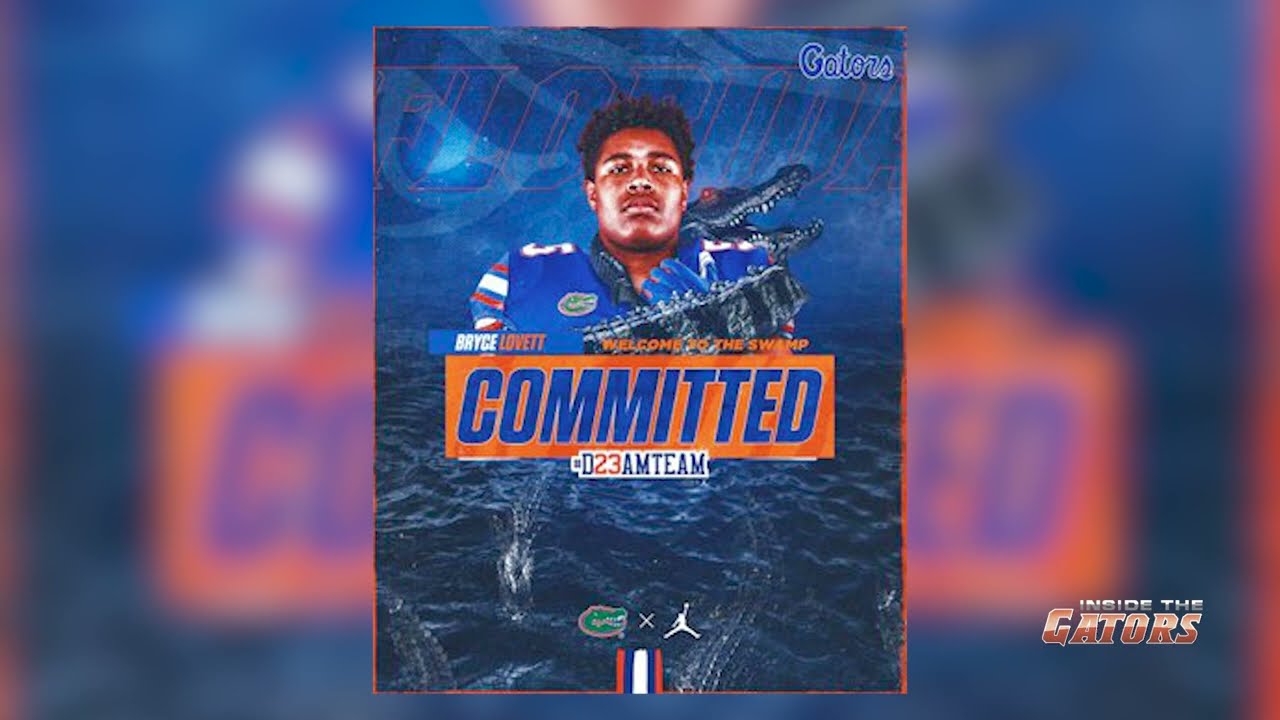