The Florida Gators concluded the Phil Knight Legacy with a blowout loss to West Virginia by a score of 84-55. The Mountaineers rode a 24-7 run in the first 10 minutes of the second half to get the win. Florida drops to 4-3 in Todd Golden’s first season as head coach.

THEY STOLE THE SHOW: West Virginia’s Erik Stevenson. The Mountaineers’ senior guard shined against a struggling Gator defense with 15 points, shooting 6 of 8 from the field and 3 of 4 from deep. Tre Mitchell led all scorers with 17 points, including a perfect 5 of 5 on free throws. Although Stevenson didn’t lead all scorers, he was the most efficient on the floor. It should be noted that Florida’s Kyle Lofton scored a season-high 17 points, but he was the only Gator in double figures.

THIS MATCH-UP PROVED KEY: Florida versus the 3-point line. Three-point shooting and defending have not been a consistent strong suit for the Gators this season, and it was terrible on Sunday night to say the least. Florida finished 2 for 17 from deep, while West Virginia did better with 7 makes on 17 attempts.

WHAT A PLAY: There were no super flashy plays on Sunday night, but two buckets that can perfectly describe how the night went for the Gators was an and-one layup by Mohamed Wague on one possession and then an offensive rebound and layup on the next. Florida struggled with fouling and rebounding, which the Mountaineers took advantage of with a total of 15 offensive boards to Florida’s 6.

UP NEXT: Florida returns to Exactech Arena for their next matchup on Wednesday, Nov. 30 against Florida A&M. Tip-off is at 8 p.m. with television coverage on the SEC Network and ESPN+. 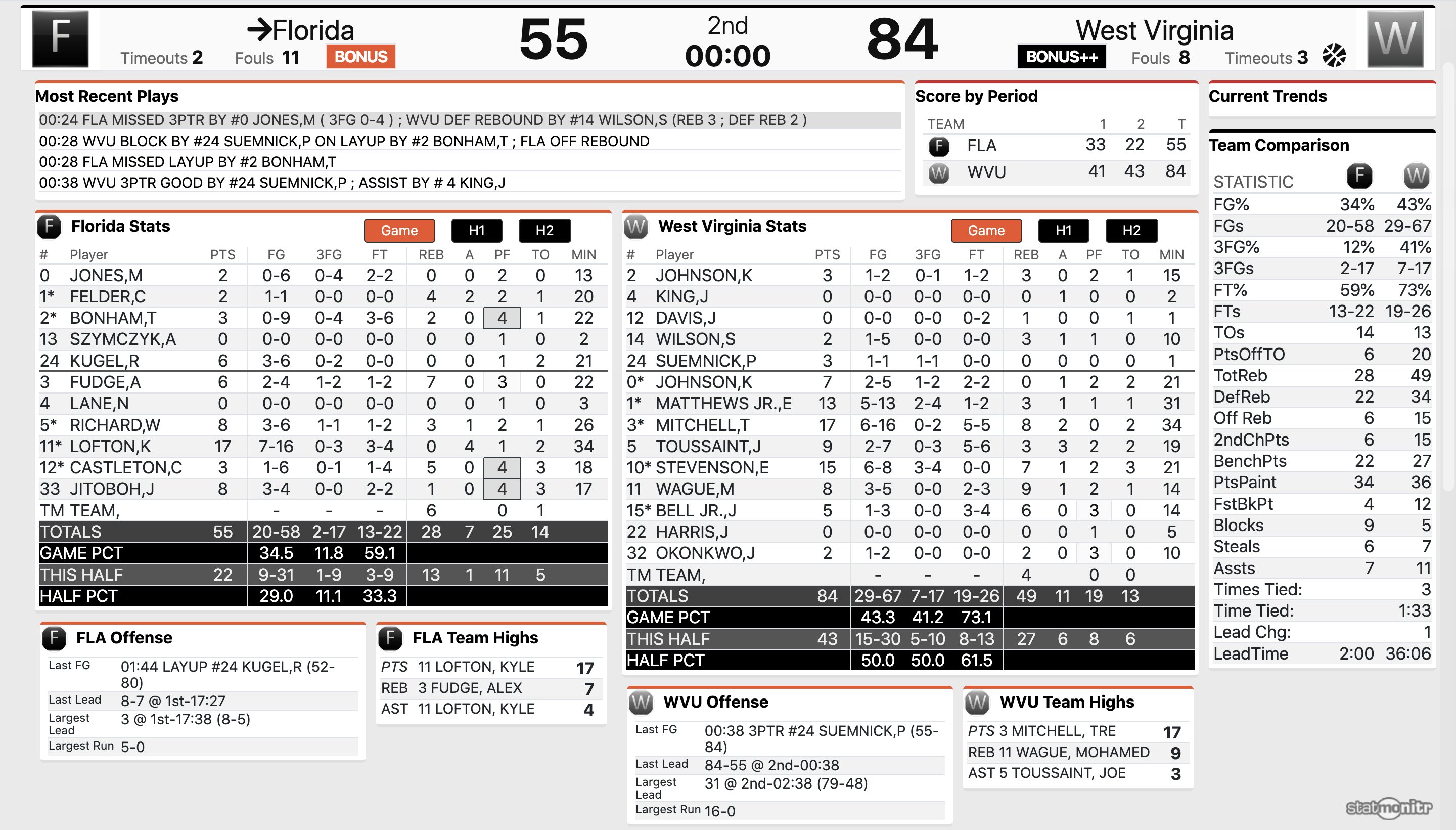