In a game that was pushed back a day due to Hurricane Ian, the Gators bounced back following last week’s loss to Tennessee with a dominating 52-17 win against FCS Eastern Washington.

IT WAS OVER WHEN: Unlike the USF game, this one seemed over from the start, even though the Eagles had a 3-0 lead. On the Gators’ first offensive snap, Anthony Richardson hit Justin Shorter for a long 75-yard touchdown pass to give the Gators a lead they would never give up. It was a spark for an offense that scored a season-high 52 points and had 663 total yards.

THEY STOLE THE SHOW: The quarterbacks. Richardson and Jalen Kitna stole the show offensively combining for 393 yards and three touchdowns. Richardson, who began the game with a 75-yard touchdown pass to Justin Shorter, finished with 240 yards and two touchdowns. Most impressively, he completed 80% of his passes (8-for-10). Kitna, who saw his first playing time after Richardson suffered a brief injury and in mop-up duty, threw for a team-high 208 yards and a touchdown, a 61-yard strike to Caleb Douglas for the two’s first career score. There’s no doubt that Florida wanted to air it out today, and the two quarterbacks shined.

THESE STATS DON’T LIE: Florida’s offense was undeniably efficient on Sunday, totaling 663 total yards with 393 in the air and 270 on the ground. Florida scored five touchdowns on only 20 plays in the first half. In 51 total plays, the Gators averaged over 13 yards a play and just under one point per play. 21 of Florida’s 51 plays were first downs. Passing-wise, Florida averaged 24.5 yards per completion. Rushing-wise, Florida averaged 10 yards a carry. Florida did not punt a single time on the day.

THIS MATCH-UP PROVED KEY: Gunner Talkington versus the Gators’ starting defense. After Florida gave up an abysmal 461 total yards to Hendon Hooker, the Gator defense needed to find a way to slow down quarterbacks, something they’ve struggled with all season. Although Talkington threw for 253 yards and a touchdown while completing 65% of his passes, Florida only allowed 17 points on the day with both touchdowns coming in garbage time against backups.

WHAT A PLAY: Ricky Pearsall 76-yard touchdown rush in the first half. The Arizona State transfer did his best Kadarius Toney impression on a reverse run to put the Gators up 28-3 after Mihalek’s PAT. This was Pearsall’s first touchdown rush of the season and the third of his career. Florida’s offensive line was seen blocking the entire way down the field to give the Gators the score.

UP NEXT: With the win, the Gators move to 3-2 on the season. The Gators kick off six-straight weeks of SEC games next week starting with Missouri for homecoming. A potential win would keep the Gators in contention for the SEC East and possibly put them back into the top-25. 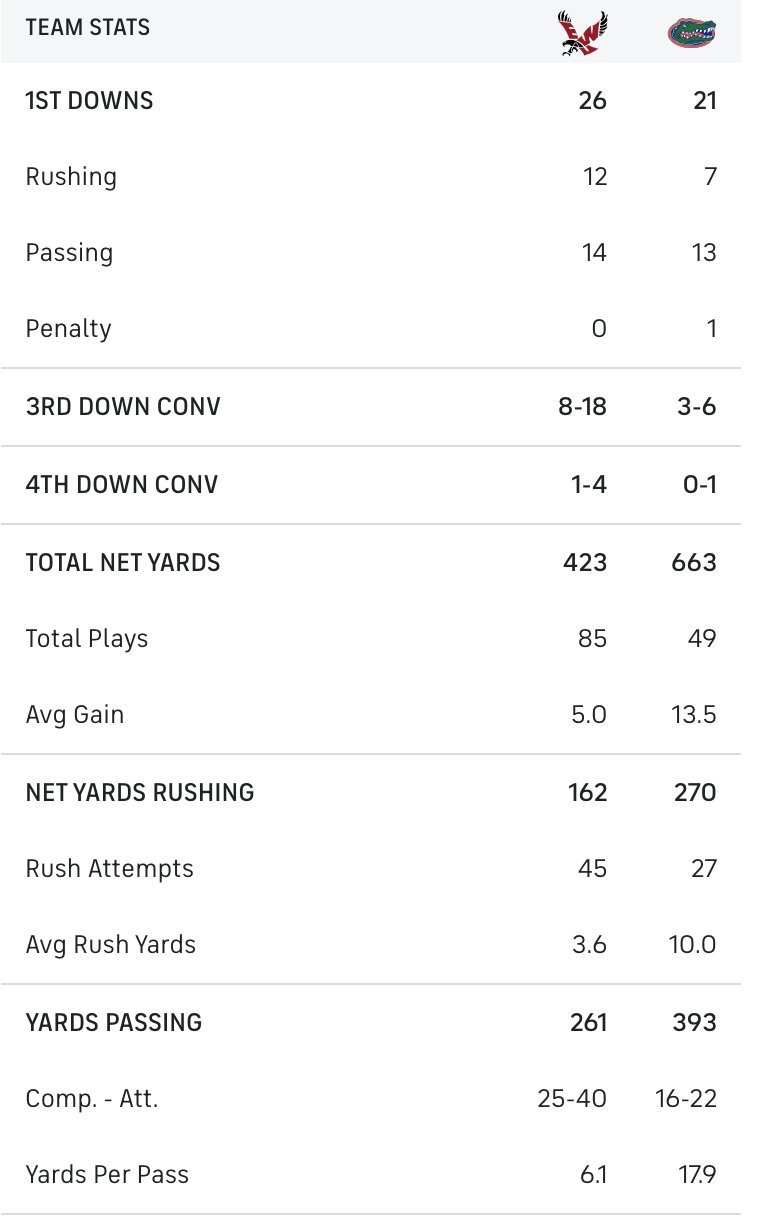 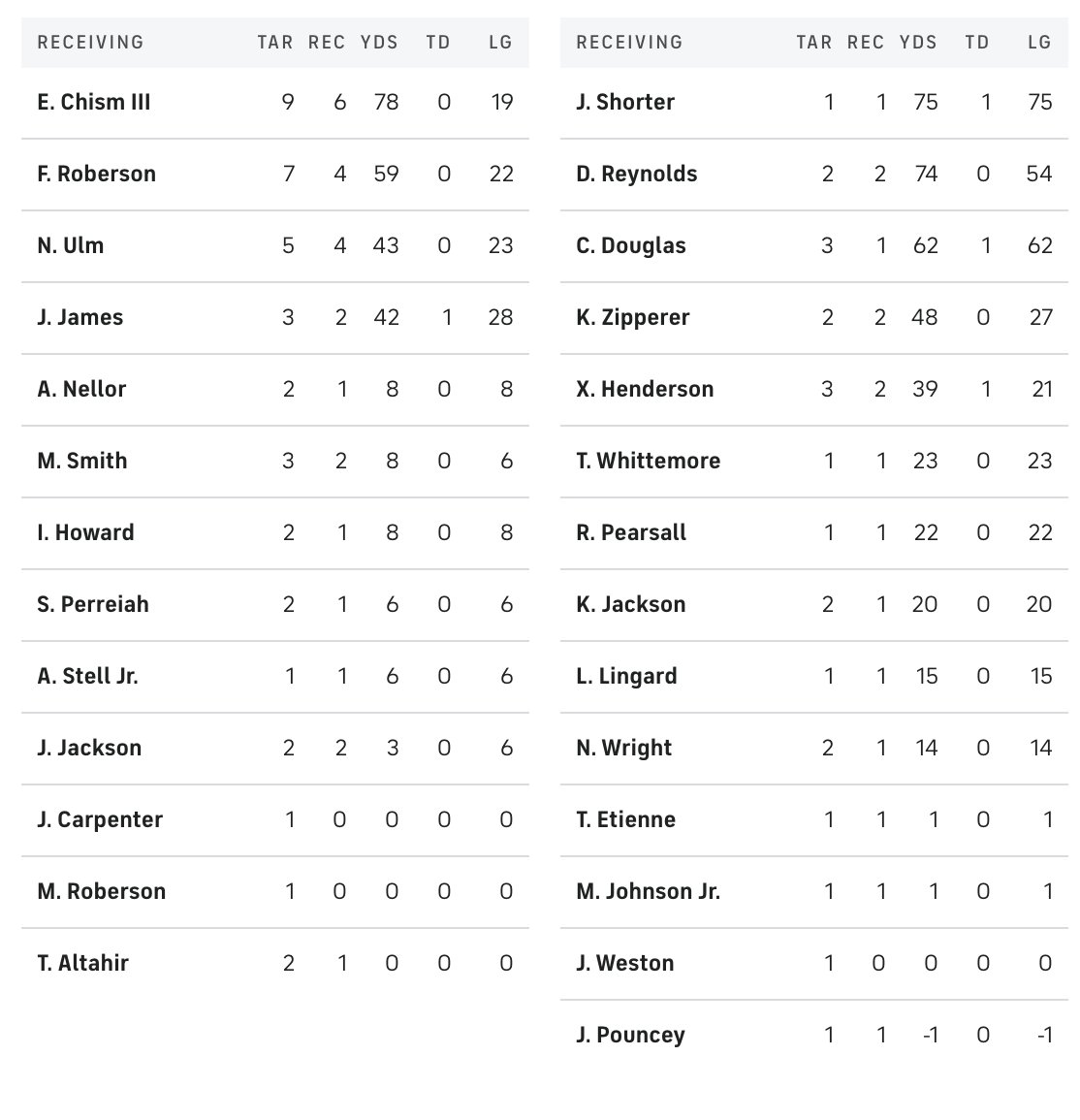 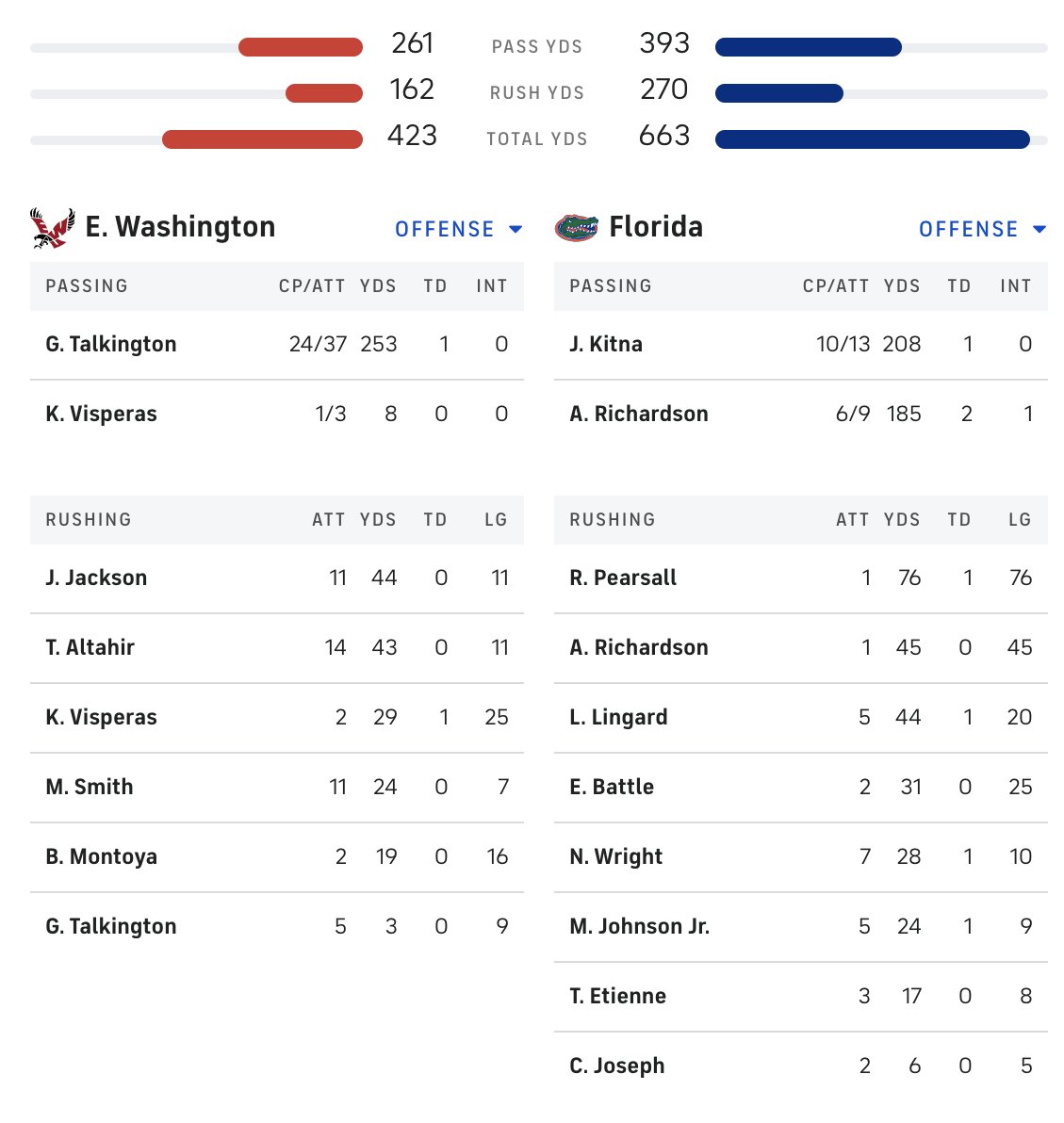 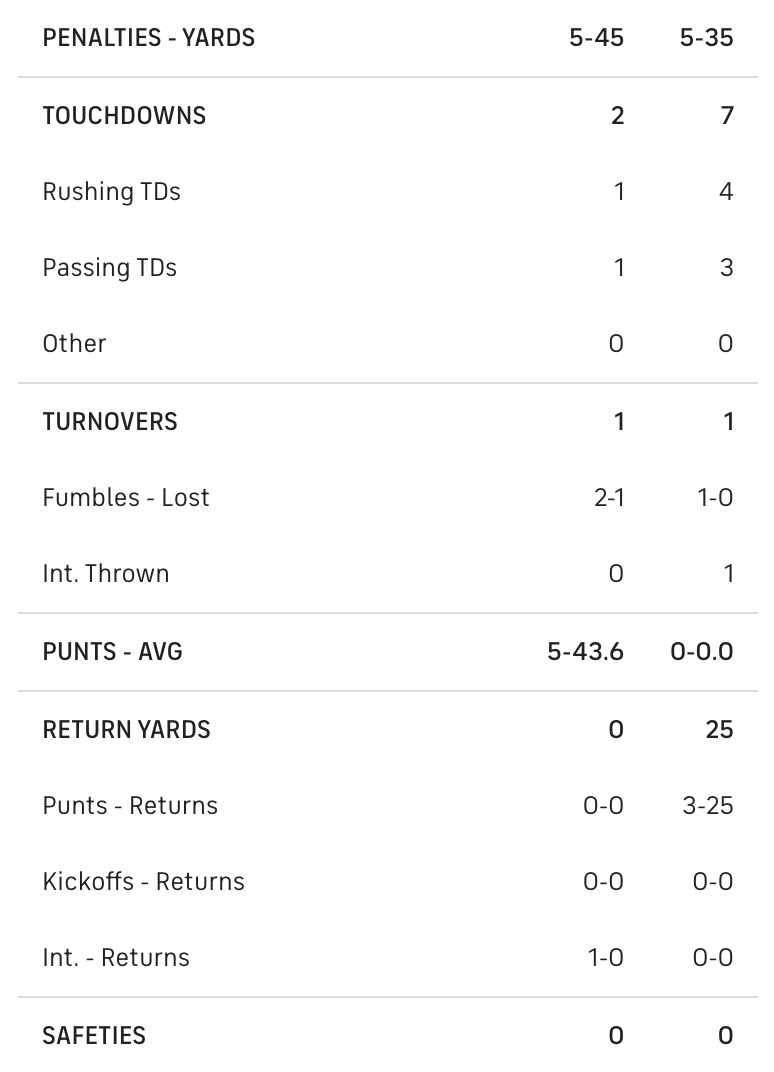