Instant Analysis: No answer for the No. 1 team in the nation

For the second season in a row, the Florida Gators have lost to Georgia, this time by a score of 42-20. Florida nearly completed a 28-3 comeback behind a 17-0 run in the third quarter, but it wasn’t enough as the Gators fall to their Eastern Division rivals and move to 4-4 on the season. 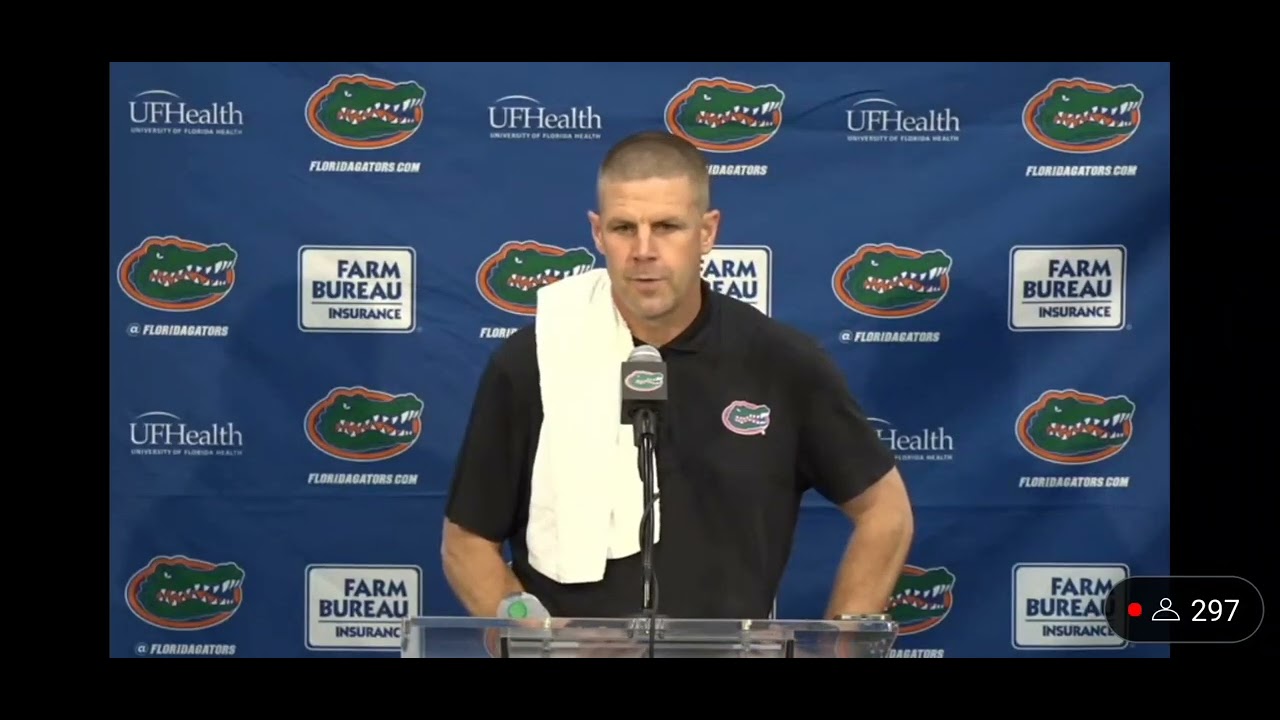 IT WAS OVER WHEN: Daijun Edwards’ 22-yard touchdown rush in the third quarter. Although it seemed like the game was out of reach at the end of the first half, Florida did make it interesting in the third quarter with 17-0 run to start the second half, but Georgia sealed it after with Edwards’ second score of the game, giving them a 15-point lead after the PAT.

THEY STOLE THE SHOW:  Georgia tight end Brock Bowers. In the way Kyle Pitts dominated Georgia in 2020, Bowers dominated Florida’s defense unsurprisingly on Saturday. Bowers caught five passes for a game-high 154 yards and one touchdown, including a 73-yarder on a pass that was tipped by Amari Burney. Bowers accounted for nearly 50 percent of Stetson Bennett IV’s 316 passing yards. His dominance led to a big lead in the first half that Florida could not fully catch up to.

THESE STATS DON’T LIE: Georgia’s total first-half first downs against Florida’s. The Bulldogs controlled the game consistently with 27 first downs, 15 of which were in the first half. For comparison, Florida only had two the entire first half. Florida began the game with three-straight three-and-outs, which led to an early 14-0 lead for Georgia. Overall, Georgia had 47 first-half plays to Florida’s 28, had 346 first-half yards (7.36 yards per play) to Florida’s 88 (3.14 yards per play). Georgia getting first downs early and often directly led to offensive success.

THIS MATCH-UP PROVED KEY: Florida’s offensive line versus Georgia’s front four. The Bulldogs’ front four dominated the Gators’ offensive line. Anthony Richardson was under constant pressure while Florida was held to 2.9 yards per rush. Additionally, Georgia held Florida to an abysmal 13-yards of total rushing in the first half. The Gators did find brief success with Trevor Etienne, who had 26 yards and a touchdown on the opening drive of the second half, but it was too little too late for the rushing game. A run-first offense for Florida did not have the consistent success it needed.

WHAT A PLAY: Amari Burney’s takeaways in the third quarter. On Georgia’s first play of the third quarter, Burney stripped the ball from Kenny McIntosh, which was recovered by Trey Dean III. Adam Mihalek would kick a field goal to cut the lead. On the ensuing drive, Bennett IV took a shot downfield, but it was intercepted by Burney, leading to a 78-yard touchdown pass from Richardson to Xzavier Henderson and making it a one-score game. Florida doesn’t stay in this game, albeit briefly, without his effort.

UP NEXT: The Gators will look to snap a two-game losing streak next week on the road against Texas A&M. Florida has lost two in a row to the Aggies, including a 41-38 heartbreaker in the final seconds at Kyle Field in 2020. 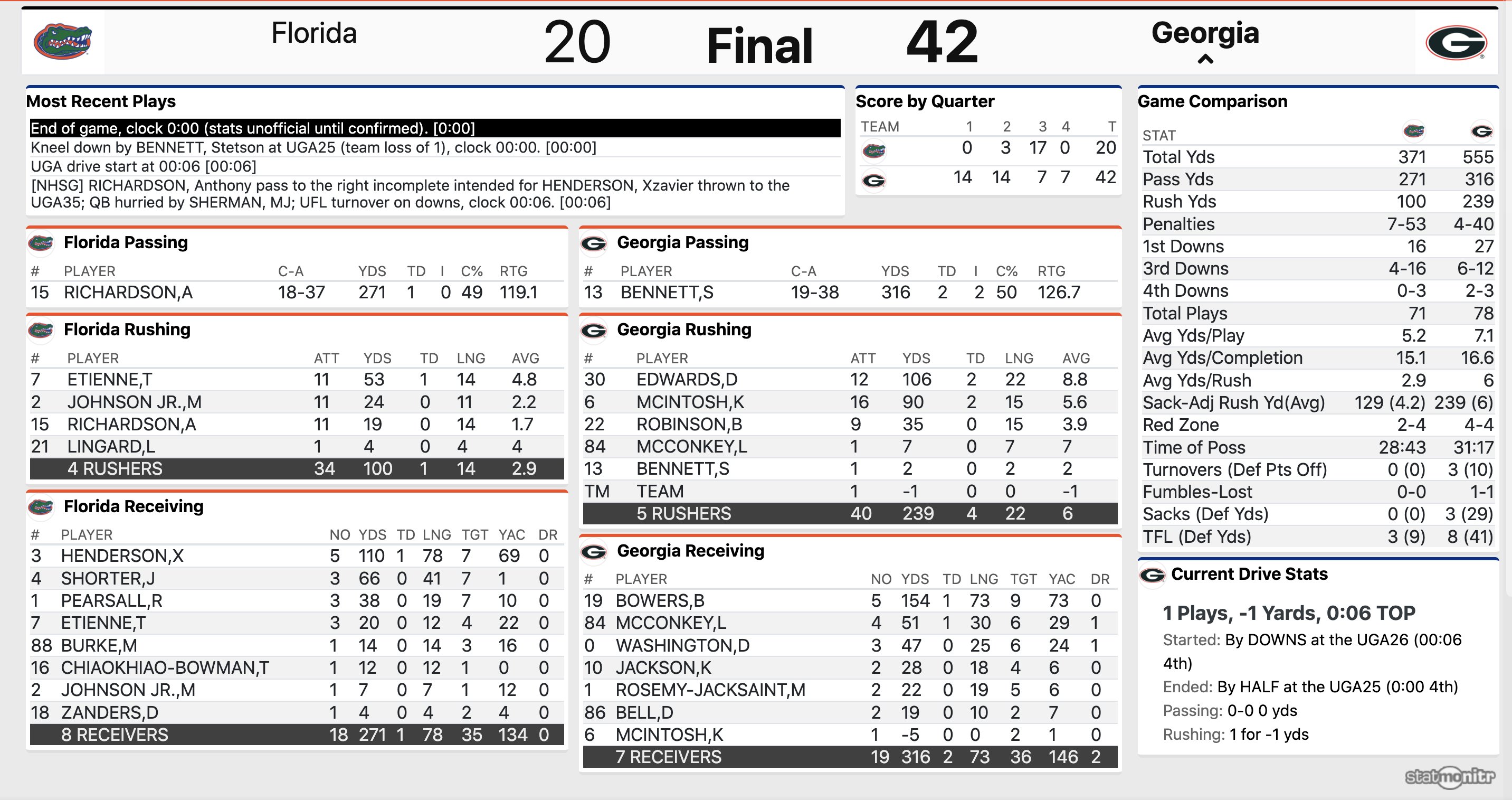