Instant Analysis: Florida back on track with conference win over MSU

IT WAS OVER WHEN: After Florida blew a 16-point lead, it went down to the wire. The Gators forced multiple misses on the game’s final possession and took home a much-needed win.

THEY STOLE THE SHOW: Will Richard. The guard/forward found his groove on Saturday night with 12 points while shooting four for six from the field. Additionally, he started a perfect three for three from deep, leading Florida to a 9-point halftime lead. He also provided a clutch 3-pointer to give Florida a 5-point lead in the second half after the Bulldogs erased the lead.

THESE STATS DON’T LIE: Shooting paves the way for the Gators. An abysmal shooting performance against Texas A&M led to a loss for Florida. Those woes did not completely carry over to Saturday night. It wasn’t a perfect night after blowing a big lead, but the Gators improved by shooting 23 for 55 from the field and a 10 for 24 mark from deep.

THIS MATCH-UP PROVED KEY: Florida versus themselves. After an abysmal performance against Texas A&M, questions arose how the Gators would respond against another struggling SEC team. It certainly wasn’t easy as Mississippi State erased a double-digit lead, and Florida went through multiple scoring droughts, but the Gators pulled out the much-needed win.

WHAT A PLAY: Alex Fudge’s chase down block leads to fast break points. LeBron James would be proud of the defensive effort by Fudge, who stopped a fast break layup by the Bulldogs with an aggressive block off the glass. The stop led to a fast break layup by Kyle Lofton to give the Gators a 16-point lead with under 3 minutes to go in the first half.

UP NEXT: The Gators return home for a matchup with South Carolina on Wednesday, Jan. 25. Tip-off is set for 7 p.m. with television coverage on ESPN2.

(Turn your Smart Phone horizontally or, on a computer, right-click on the image to open in a new browser in order to see a larger version) 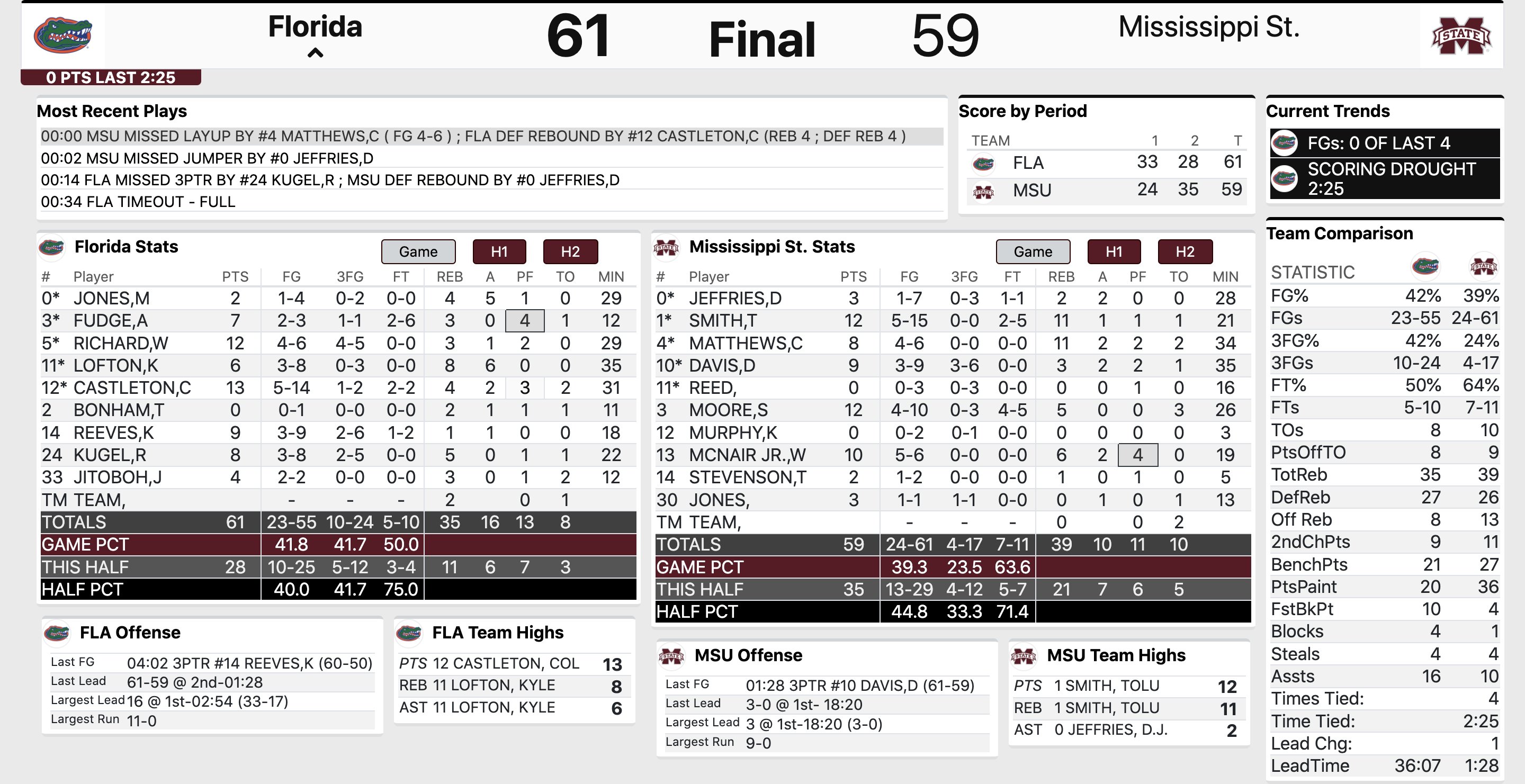