Florida rescues the trip to the Phil Knight Legacy with a 81- 68 win over Oregon State.

IT WAS OVER WHEN: With a little under nine minutes gone, Riley Kugel driving layup meant that Gators had sunken their teeth into a 22-4 scoreboard. Oregon State would show sign of life as they cut a once 23-point lead to just 13 before the half. But it would be too little on the night, the Gators went on to open the second period with an 10-2 run to seal the deal.

From there, the Gators never looked back in an effort lead by a 19-point Trey Bonham.

THEY STOLE THE SHOW: Trey Bonham. It’s been that clear for the Gators at the PK Legacy Tournament. After a team-leading 23-point performance against Xavier, Bonham earned the start in the Gators’ frontcourt alongside Kyle Lofton. In a night where the headlines were focused on how Castleton would bounce back from Xavier, Bonham’s 19 points, three assists and three rebounds stole the show.

THESE STATS DON’T LIE: This game ended early for a dominant Florida. Fans will welcome the 28 points off Golden’s bench over the 20 they had just a night ago.

Florida struggled with the quality of their depth last season under Mike White and so far, Golden has proved the more able recruiter or at least good judge of talent. Kugel led the bench with 10 points on 4/7 shooting and two assists.

THIS MATCHUP PROVED KEY: Will Richard played his opposite number, Oregon State’s Dzmitry Ryuni, off the court, holding him to a meager three points. In a season where he has played the perfect second fiddle, Richard starred on both side of the ball for the Gators. Richard posted ten points in the second half on his way to a 13-point night, shooting 6/8 in the process.

WHAT A PLAY: The scoreboard read 55-36 as Kowacie Reeves received the ball in front of the Florida bench. A Pump fake, two dribbles, and a leap later Reeves found himself eye-level with the rim. The sophomore put an exclamation point on the questions surrounding his playing time in the PK Tournament with a reverse slam on the baseline — a play indicative of an explosive night for the Gators on offense.

UP NEXT: The Gators will face the winner of the West Virginia/Purdue game on Sunday in the 5th place game. 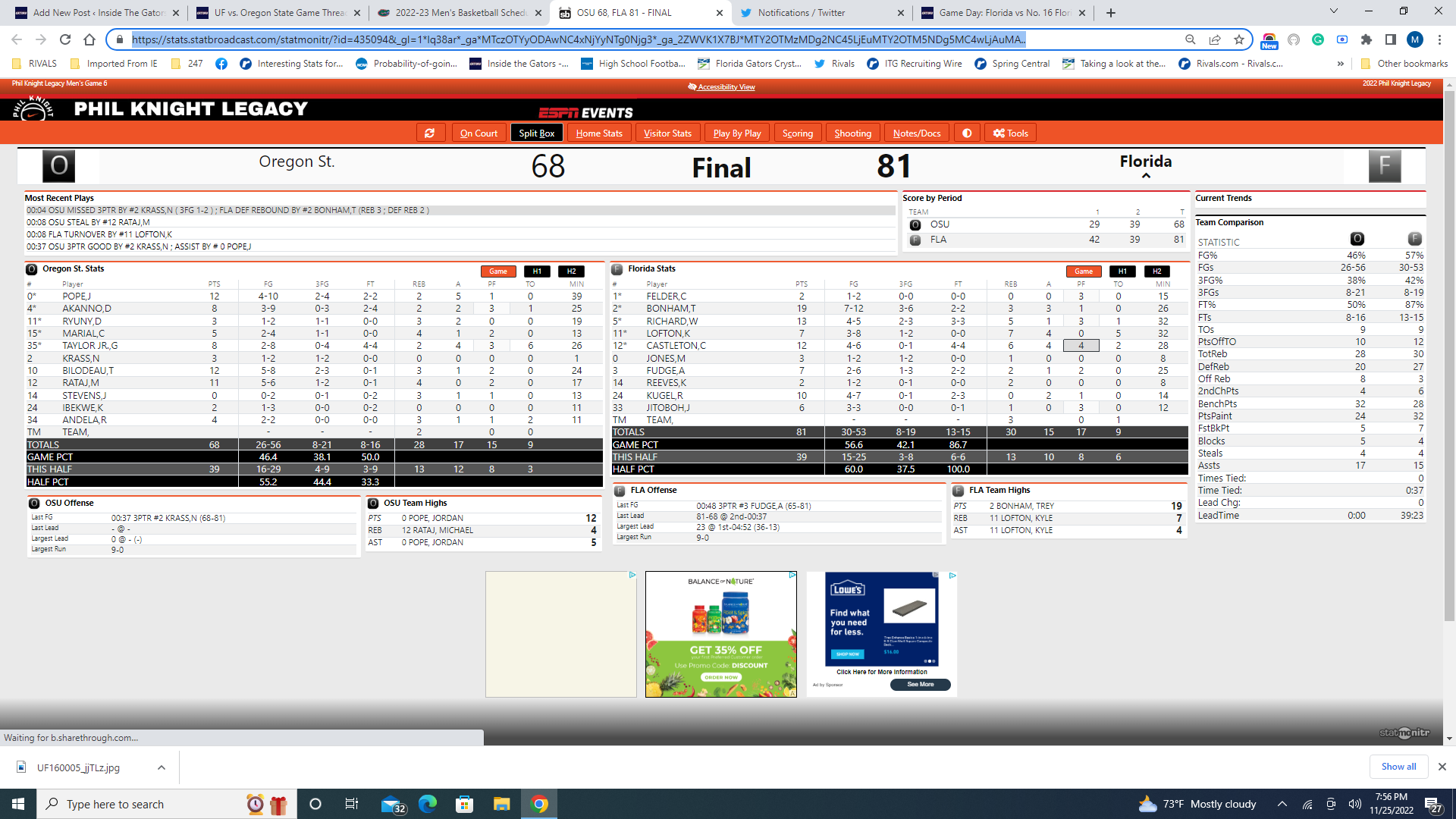